See also: What is a Datadot for a more detailed explanation of these topics with examples and diagrams.

A set of dotmesh clusters, spanning different data centers, laptops etc, with a hub – another dotmesh cluster – at the center. Also the people and workflows around it.

A dotmesh cluster, one or more machines hosting a set of dots.

A way to organise, capture and share a collection of states that relate to an application (possibly including multiple data stores, and multi-instance data stores). Like a git repo, it’s a branchable, committable thing. But unlike a git repo, it supports running real databases on top of it and can process large amounts of data efficiently.

A writable filesystem that can be based on another branch’s commit (or is the initially empty “master” branch). Branches also have zero or more commits. The analogy is to git branches.

A point in time snapshot of a branch with a given hash/identifier.

“Partitions” of a dot which can be mounted into different containers and which can be committed and branched together.

The manifestation of a branch’s writeable filesystem when it is e.g. mounted into a container. 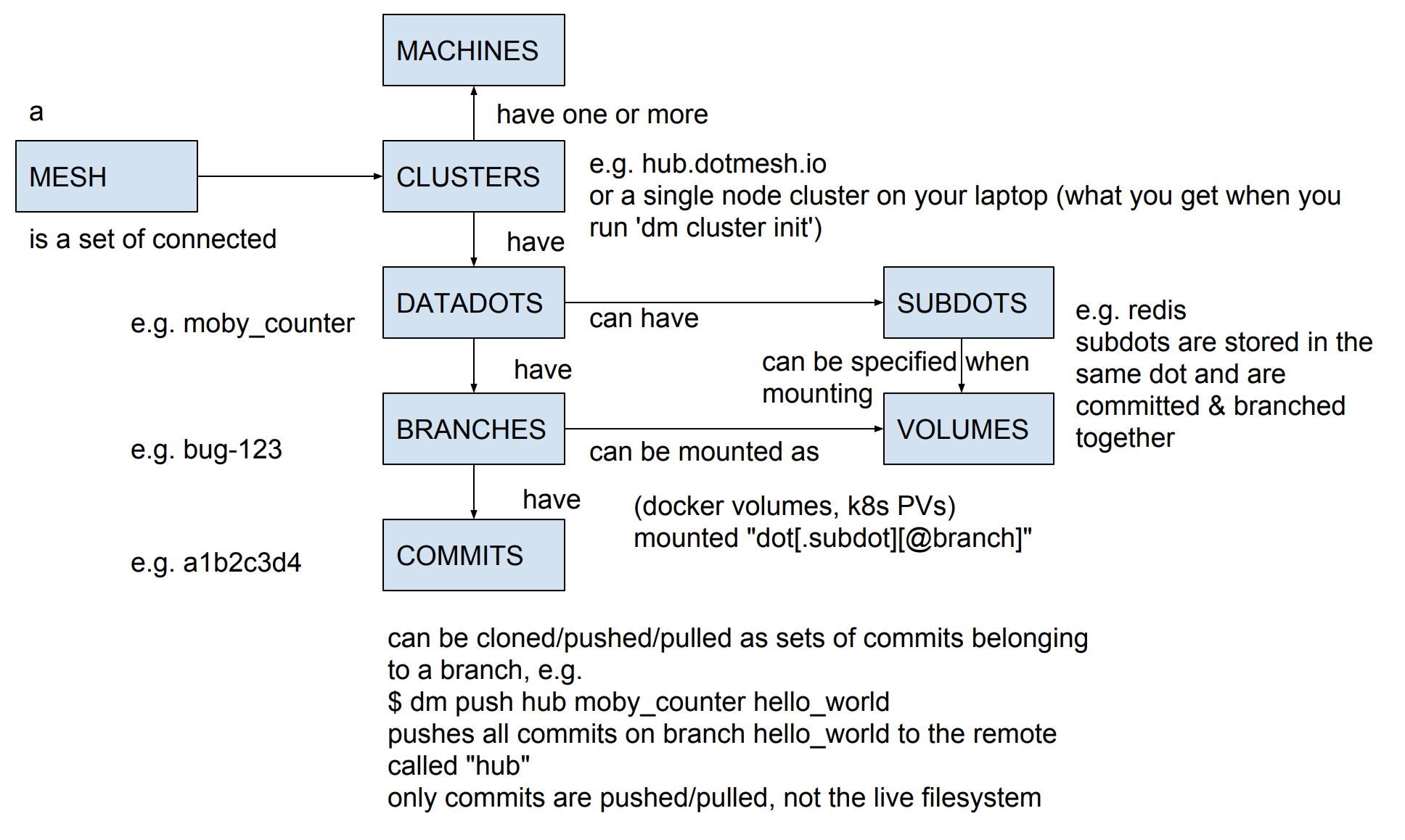